Their Give a Shit is Broken

Late one afternoon in 6th grade, my classmates and I were particularly rowdy, completely ignoring our perfectly mild-mannered teacher’s instruction on sentence construction. Between giggles, dumb jokes, and trading notes behind his back, he plodded through the lesson dutifully before concluding with, “…and some of you JUST DON’T GIVE A SHIT.”

All the eyes in the classroom became dinner plates and I received my greatest lesson in using a swear word to get attention.

Walking down a street featuring vacant properties, worn spaces, or the stench of apathy, it is natural to think “the people here just don’t give a shit.” However, I do not think that is actually true. Instead, their “give a shit” is just broken.

Even in the most depressed places, you will likely find a small band of people who most definitely give a shit. These people bear a heavy burden, as they care so much about their place, that they are incapable of understanding how anyone else could possibly not give a shit. If you are reading this, you likely have felt like this person. This is a very tough cross to bear.

Every place has a set of unique stakeholders—public officials, residents, property and business owners—all of whom have varying levels of giving a shit. Some may be incredibly engaged in their place, while others are absent, indifferent, or worse, pessimistic.

The first step in understanding how to change the situation is to suspend your own point-of-view, especially, if you love your place. Put yourself in the shoes of other community stakeholders, even the most notorious of those in your place, and ask, “What do they give a shit about? What are their priorities?”

You might be surprised by the stories behind each, while finding they give a shit about some of the same things you do. However, you will not get the whole story without engaging those people and asking questions.

Remember the book “Everyone Poops”? That is true–everyone gives a shit about something. If you are able to identify that SOMEthing, you have the basis for establishing common objectives.

When you care about a place, it is easy to castigate those who seem to be part of the problem as evil creatures, complete with horns and pointy fangs. I must admit being guilty of this in the past! It is worse when the only information available is through rumor and anecdote, not a personal connection.

But if you can meet people, ask and listen, you may develop a different opinion. In some cases, even empathy.

That owner who moved out of town several years ago and has not invested a dime in improving his building? He invested whole his retirement in that building before his health started declining and moved to be closer to his family.

That new restaurant down the street whose storefront has been vacant since it was bought? She battled with the City for 9 months to open her business before giving up.

That bar owner who never shows up to the morning Main Street Association Meeting? He was up until 3 am the night before trying to keep the business afloat.

Understanding the challenges that certain people face, as well as their basic motivations, is the first step in progressing your place. I think the best place to start is to find the most infamous, disreputable person in your place and try to identify a common objective. Not only is it a challenge, but it is a great exercise for future efforts in your place. If you can be successful with them, you are off to a great start.

Now, you should not expect that everyone you talk to suddenly become massive advocates of progress and change agents overnight. In some cases, you might even find a comic book villain or two—some people either really do not give a shit, or simply give a shit about unproductive or destructive things.

C’est la vie. The effort is still worth it.

There is not a single recipe to create a great place. There is no list of must haves or special features that make a place unique and attractive.

I’m convinced that the greatest places are filled with people whose common objectives, those things they give a shit about the most, intersect in constructive, additive ways. 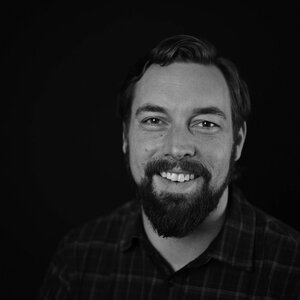 Your City Should Go and Love Itself

It wasn’t until I finally left that I realized I had been in a toxic relationship. I knew something was wrong, but I couldn’t sort out exactly what it was. It was only with some distance and in hindsight...

There are 10,000 towns in our country that are unsatisfactory.