A Story Can Change a City

What if you could vaccinate your town against apathy and make it immune to hopelessness?

A groundbreaking psychological study from Emory University and the Emory Center for Myth and Ritual in American Life discovered the single biggest predictor of emotional health and resilience in children: story.  The more children knew about their family history, the stronger they were.

The stories of relatives and ancestors – and how they faced obstacles, struggled and endured – seemed to infuse children with courage and confidence.

Authors James Fallows and Deborah Fallows spent five years traveling 100,000 miles to visit and revisit over forty towns across the nation.  They walked the streets and met with mayors and ministers, entrepreneurs and educators, artists, and activists.

Their book, “Our Towns” is a riveting town-by-town portrait of civic reinvention and revitalization in America today. The book’s final chapter,  “The 10 ½ Signs of Civic Success,” is the distillation of everything they learned.

Sign #4 of Civic Success? Story. Successful towns tended to be the places where people knew their civic story.   According to the authors, civic story “gives citizens a sense of how today’s efforts are connected to what happened yesterday and what they hope tomorrow will bring.”

I’ve experienced this first hand in the communities where I’ve worked to tell stories in film. And I’ve seen it in my adopted hometown of Buffalo, New York.

For decades, Buffalo has been a punchline.  America’s verdict on us was set: a snowbound, moribund rustbelt city that had seen better days. But in recent years, we began fighting back. And that pugnacious determination has to do with our history. The British burned our little village to the ground just as we were getting started.  So we rolled up our sleeves and rebuilt, creating what Frederick Law Olmsted called “the best planned city in America.” Our factories made the planes that helped American win the war, only to suffer the brunt of the nations post-industrial decline.  The Blizzard of ’77, four straight Super Bowl losses – it’s all part of our journey, our founding myth. Every Buffalonian knows these stories and can retell them on cue. And as the stories are told, the resilience rises.  Because after all that we’ve been through, how could we ever give up or give in now?

What’s the story of your town? Why was it founded in the first place? What was its finest hour or moment of truth?

The average American can name eight U.S. Presidents, give a thumbnail sketch of the Civil War and Great Depression, and will celebrate the nation’s birthday on July 4th.  But when it comes to the equivalent, parallel knowledge of local history, how much do you know?  Can you name eight mayors? Or the year your town was founded?

They say if you don’t know your history, you’re doomed to repeat it. But it’s about so much more than avoiding past mistakes…it’s about hope for the future.  Some of us are living in towns with a steep road to revitalization. A deeper sense of story makes the status quo seem more a little more temporary.  It lifts the veil of present circumstances, and gives us a vision of what could be.

HOW TO DO STORY

So how can you help your town learn their civic story?  First off, you don’t have to be a Pulitzer Prize-winning historian.  We’re all storytellers – it is innate. And since we live in the age of story (aka content creation) the tools to create, publish and share stories are accessible to everybody, and there’s variety of ways to do it:

If local history isn’t part of your school’s curriculum, maybe you’ve assumed that when they graduate, they will go away. But what are the long-term prospects of a town that expects, even encourages, their children to sever ties?  If you want to instead reinforce their bonds to the community – if you have any hope at all that the next generation will invest their talent locally – start teaching kids the civic story.  Start believing that a gifted graduate might endeavor to stay and contribute to a small town’s revival, and that such a life could actually be special and rewarding in ways that Brooklyn or the Bay Area could never match.

EVERY PLACE HAS A STORY

Some towns might think, “we’re too small” or “nothing really happened here.”

For these places, it’s especially important to recover and reconnect to your story. Somewhere between your pioneer cemetery and your hope for a better tomorrow, is the story, the thing makes your place unlike anywhere else. Find it. Share that spark.

Your civic story doesn’t have to be – in fact can’t be  – a fairytale.  Dr. Marshall Duke, one of the authors of the Emory study, would agree that gritty beats pretty.  He noticed that the family narratives they studied came in three shapes. There is the ascending: “We started with nothing, worked hard, and achieved greatness.”  And the descending:  “We used to have it all. Then we lost everything.”

But there is a third kind, and it was found to have the most healthful benefits for children.  As Duke explains:

“It’s called the oscillating narrative:  ‘Dear let me tell you, we’ve had ups and downs in our family. We built a family business. Your grandfather was a pillar of the community. Your mother was on the board of the hospital. But we also had setbacks. You had an uncle who was once arrested. We had a house burn down. Your father lost a job. But no matter what happened, we always stuck together as a family.’”

Almost every family’s story and every town’s story, if we’re completely honest, is this oscillating narrative. And that’s good. The up and down story is the one with the power to energize and embolden us.

When we see ourselves as part of this saga, life gets exciting.  We realize our choices matter, and that we can direct the destiny of our community. The story isn’t over. It’s ours to write. We’re connected to the past, a heritage that shapes and inspires us. We’re creating the future, acting with purpose and hope.

That’s the cure – apathy fades when you’re on an adventure. 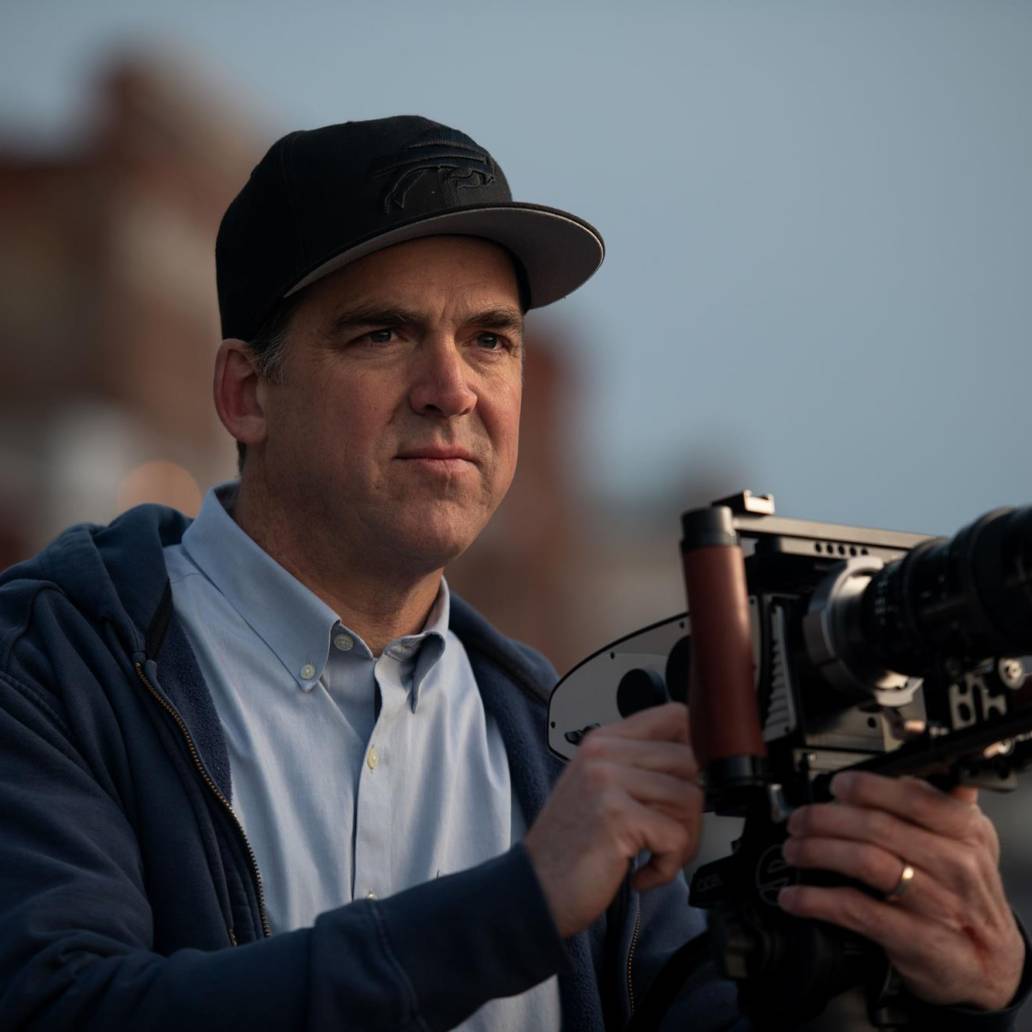 John Paget is founder of First+Main Films, the creative studio focused on telling stories about cities, towns, and neighborhoods through films that foster civic pride, build community and spark imagination.