Neighborhoods first. If I just have one piece of advice to give to city leaders, it would be that. Put the neighborhoods first. Prioritize the people. Do your absolute best to make your residents love your city so much that it hurts. Listen to them. Engage them. Respond to them. Make them the stars of your show. Lift them up so they feel like they live in the greatest city humanity has ever constructed.

Your job is to win over the people that already call your city home. Stop dicking around with people that don’t live in your town– it’s an insult to those who do. Cities squander the tremendous advantage they have in winning over residents. Yet, other cities are out there, courting your residents, while you are out courting their residents. It’s stupid to a degree that is hard to fathom.

Regular old residents are way down the list of people we think about when we consider how we should run our communities. Big businesses drive most decisions, and they’re often located in some other town. The United States loves big businesses, so we put to work a whole cadre of big business “experts,” and they drive most decision-making. These are the finance guys and gals, the economic development pro, the real estate team. They are handed the community’s keys to try and entice the big business folks. Then, we think, the tourists should be the next priority– because if they come to town, shit’s going to be really cool. So we focus, again, on the wrong audience: What do tourists want? How do we attract them to come in and spend their oodles of cash in our place? We put a lot of effort into attracting visitors to our towns, but the strange thing is, there are already a bunch of people who live in our town– in every town. You can tell, because when you drive around, you can see their houses and apartments. They have already made a decision to call your town home. Well, what if we made them a priority?

What if we decided to treat residents as well as we do the out-of-towners? Ohhh, can you imagine what might happen? I worry some sort of portal to hell might open up and swallow the town whole. Funny enough, the places we like to go and visit are the places that are also the nicest to live. We love traveling to towns where residents are put first. Where big box stores take a second seat to the interest of locals. Where tourists are just there to suck up what locals already get to enjoy as their everyday life. We love places where cars are not the preferred method of moving around. You can think of 10 of the places I am talking about right now, and all of them also have strong tourism, all of them have a high quality of life, all of them can still kick ass in their economic development efforts, all of them have high property values. All of these places that have put residents first, are winning on every single front.

How would a city go about getting started with this resident-first strategy, you ask? My city council doesn’t care about such things, you say? They still think it’s 1983 and they are hoping to land the new Delorean plant?

There are a million different ways in which a city could help residents become more rooted in their community, but I am going to focus on my favorite for today’s purposes: friends. Fostering friendships is the simple and easiest way for a city to endear itself to its residents.

Okay, so run down to the store, get yourself some White Claws. Grapefruit is probably best, but honestly– you do you. Mango might be your jam. Get them on some ice in front of your place and pull up a chair. Then hang out. Offer people one as they walk by. Talk with them. Get to know them. Invite them back another time for some burgers.

Start a kickball league. Who doesn’t love kickball? I started a kickball league in my little town after I took a job as a Main Street manager. I’ll be honest here, my intentions weren’t initially civic-minded, I was recently divorced and was really just hoping to meet some women. That didn’t really pan out, but I did meet an amazing group of friends. It brought people together from all over the community. People of all ages and backgrounds and professions. It turned into something really special. Through kickball, we started building a community. I’m not kidding here! New friendships grew. New business ideas percolated. People with one skill or idea met people with another skill or idea and those interactions became things. But something else happened– something much bigger. Those 200 souls, all of the sudden, had more people in their lives that they cared about. Real adults beyond their spouses or siblings. They had friends, they had found themselves part of a community.

Do you know what you do for your friends? You fight for them, care for them, want better for them. People with friends in their community become much more rooted in that community. Their community becomes significantly more important to them because so many of their friends lived there. Those of us who ran the kickball league realized we had accidentally built a bunch of social capital through our programs. We ran with it. We did runs, rides, and other events. Hell, we even hosted something called ReProm™, a prom experience for adults. It was ridiculous, but an absolute blast. So often in communities, too much effort gets spent on making sure kids have fun and social opportunities, but no one concerns themselves with the social lives of adults.

In providing adults with a structure to create meaningful friendships, we created a community. People became more attached to their town. Then we found those people were willing to stick up for their town. Around this time, city council along with lots of vocal dipshits in the city wanted to tear down a 30,000 square foot building from the1820’s to make room for some parking. They called it an eyesore.

With no plan in place, no RFP for redevelopment submitted, they wanted to just tear that shit down because it was old. The issue was coming to a head, and demo permits were about to be issued. By the way, the city had purchased this building for $200k and were going to have to spend at least that amount to demo it, yet they wanted to make a “profit of a potential sale.” (Take this as a reminder that just because someone sits on city council, doesn’t mean they passed math.)

So we called on the kickballers, the flag footballers, and the volleyballers. We called on the runners and the RePromers™– and we asked them all to come out and take a stand. We also called on the media to join us. We went downtown on a Wednesday evening, holding our signs reading “This Building Matters.”

Council was shocked to learn that citizens cared– that people did not approve of their plans to demolish. The media ran with the story, and the city looked foolish. The demolition was stayed.

Eventually, the building was renovated by a local business owner at a cost of more than $5 million, and now houses multiple businesses and living spaces. It is a cornerstone project that created market stability and attracted other investors.

Downtown Lancaster, Ohio has continued to progress, grow and improve as it returns to its rightful position as the social and spiritual center of the community. I can’t pinpoint any one thing that occurred that made this possible, but I can say, unequivocally, that had the building been torn down, the revitalization of downtown would not have occurred. It would have turned one of the most prominent blocks downtown into a parking lot. The emptiness would have been too great to overcome. So, what I can say is that, if not for the social ties created through kickball, that community would be in a drastically different place right now. Did kickball and a bunch of adults in bad prom attire really save Lancaster? I say yes. Because every person out there pulling their hammies and rocking a cummerbund fought for it.

So ignore the finance guys. Screw the deals that are getting done on the back nine. Realize that most of what is going on is just another attempt at what doesn’t work. Don’t waste your time on another planning meeting. No one wants to learn the lesson that luring businesses and visitors in with money is never going to make a difference. Ignore the organizations doing the same old thing. Don’t bother sitting on their committees.

Here is what you do instead.

A municipality isn’t a community until people get to know one another. Do you want to live in a collection of houses or a community? Start now. There is no time to waste.

We can still be socially distant and make new friends. We can drink 6 feet apart. We can ride bikes six feet apart. We can get to know one another in a million different ways. We haven’t lost the art of being social, but it’s going to take stepping outside. Turning off Netflix. Taking a break from scrolling. What ties us to our places is the people. We need roots, we need relationships, we need friends. We must surround ourselves with people that we care about and those that care about us. You want to save your city? Find yourself and your friends some new friends. Repeat indefinitely. 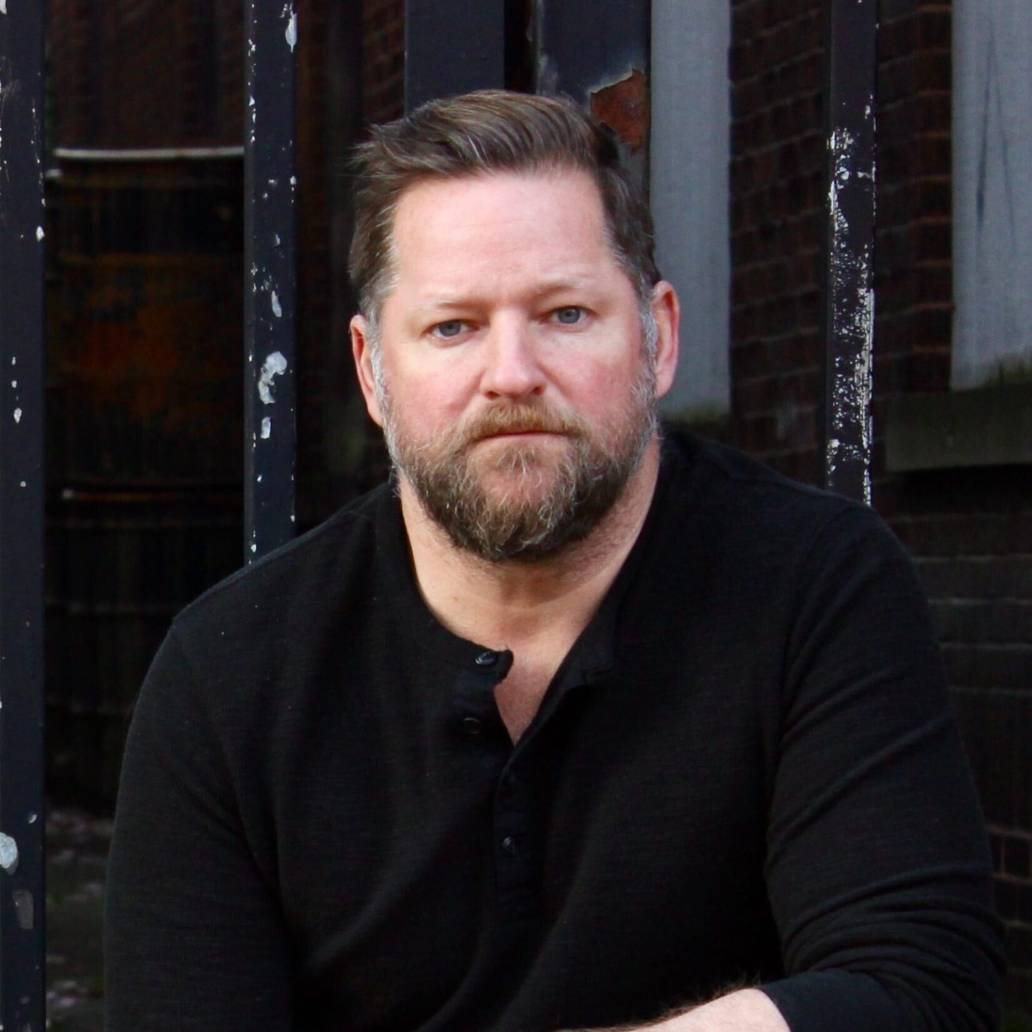 Jeff Siegler is the founder of Revitalize, or Die., a community revitalization firm dedicated to fighting apathy by fostering civic pride.

Your City Should Go and Love Itself

It wasn’t until I finally left that I realized I had been in a toxic relationship. I knew something was wrong, but I couldn’t sort out exactly what it was. It was only with some distance and in hindsight...

There are 10,000 towns in our country that are unsatisfactory.

Help Isn’t on the Way

HGTV was in my feed quite a lot last week, which I can promise you is unusual.