Can we do better than just getting rid of blight?

The urban problem of blight is seemingly large and nebulous, with complex causes and solutions. The word ‘blight’ actually comes from the botanical field to describe plant disease, typically one caused by fungi. It’s been adopted into urban environments to refer to run down, dilapidated, unsafe, and uninhabitable buildings that are vacant for a long period of time.

By calling vacant buildings ‘blight,’ it triggers an image of disease, cancer, etc. something we want to get rid of. This vague definition with negative images associated with it serves to bolster specific policy outcomes, namely eradication and erasure, as blight is seen as an unsightly, unwanted problem with the main solutions being market-driven remediation (Herscher, 2020, Gordon, 2004). The question I have is – are these policy outcomes inevitable? Or can we, the average citizens, push our municipalities for better, more community-centered outcomes?

A lot of the research on vacant buildings emerges from the criminology, public health and economic disciplines, all suggesting that vacant buildings are bad for cities. All three of these sectors profoundly affect the way that we think about this problem. According to criminologists, vacant buildings are a sign of physical disorder as visual cues in the built environment that signal the property or neighbourhood is uncared for (also known as the “Broken Windows Theory” popularized by Kelling & Wilson in the 1980s). These signs of neglect are thought to potentially cause residents to withdraw from neighbourhood life, as they are unwilling or unable to control their environment around them. One ‘broken window’ can lead to the downward spiral of an entire neighbourhood. The presence of blight via unkempt vacant buildings is one of these indicators and is thought to signal that a neighbourhood is vulnerable to criminal activity. This unsightliness contributes to a decrease in pride of the neighbourhood, the loss of property taxes, and the lack of proper maintenance leading to hazards, crime and disorderly behaviour. On and on it goes. (It’s important to note that this theory has been the subject of debate as its empirical tests do not always hold up. It has come under fire for becoming a rationale for zero tolerance policing in many communities where these traits are found; Dixon, 1998; Innes, 1999; Wolff & Intravia, 2019.)

Similarly, the public health sector has done extensive studies that link vacant buildings with poor health outcomes (both physical and mental). Vacancy is thought to promote chronic stress, as well as encourage maladaptive physiologic responses, such as risky behaviour and reading resident social interaction (see Garvin et al., 2012, for complete citation list). This state, in turn, discourages residents in the neighbourhood to properly maintain physical appearances, or care for vacant properties. For example, one study that stands out used a randomized control trial in Philadelphia, PA and found that “remediating vacant land with inexpensive, scalable methods, including greening or minimal mowing and trash cleanup, significantly reduced shootings that result in serious injury or death” (Moyer et al., 2018, p. 140). This research intersects with the crime and disorder understanding to suggest that minor lack of care and disorder can result in significant harm to one’s body, up to and including death. The long-standing strength of these studies cannot be understated, as there have been 30 years of policy development centered on eliminating blight in order to positively impact the lives of surrounding residents.

Bypassing any criminological or health understanding, a market-based rationale attempts to explain the seemingly neutral economic policies that contribute to the problem of vacancy. Removing any sort of critical analysis from this issue, Newman et al. (2018) argue that Vacant Urban Areas (VUAs) are an economic problem explained by economic patterns: they write that “vacant land is most often associated with cities that have expanded their political boundaries while structural abandonment is more related to a city’s population loss” (p.421). They examine employment, fiscal position, elasticity, population alteration, and regional location as primary variables, without any consideration to the way those variables may not be value neutral. Similarly, Kirtner (2016) analyzes it as a result of tax foreclosure, using Wayne County, Michigan as a case study. She articulates that tax delinquency is not the immediate source of blight, but that the “delinquency can carry over onto the financial values of surrounding homes” (p. 1084). There are a number of policy mechanisms the state can employ to proactively deal with this issue. She writes: “Because tax delinquency and foreclosure are strong indicators of blight and distress in a neighborhood, government involvement in shaping tax foreclosure programs is particularly important in cities facing depopulation and decreased housing demand” (p. 1085). This conclusion does nothing to address the structural reasons for tax foreclosures that have affected certain communities, nor why subsequent policies, such as blight removal may further compound this problem.

These types of analyses are useful on one level (i.e. correlating tax foreclosure and incidents of blight in certain neighbourhoods); ultimately, they obscure the way we talk about the “problem” of blight and therefore, produces certain outcomes in the policy arena. Mechanisms like state tax-increment financing (TIF) programs, or in the Canadian context, Community Improvement Plan incentives, can be used to incentivize redevelopment in areas with high concentrations of vacant buildings and lots. This is generally seen as positive; however, these types of policies absolve states of their power and responsibility to properly address the problem. It is clear that narratives, both valid and unsubstantiated, play a role in how citizens think about their neighbourhoods, and therefore, what economic and policy outcomes they find acceptable.

Is there a better way to think and talk about this problem?

There is research to suggest a connection between citizen participation and vacant buildings, in that the former can positively impact that the latter with respect to outcomes related to positive neighbourhood revitalization (Shlay and Whitman, 2006; Garvin et al., 2012; Mogk, et al., 2010). Simply put, can municipalities have better policy outcomes if an active citizenry at the neighbourhood level is involved in developing policy outcomes?

The short answer is yes, engaged people can and, in fact, have positively impacted the problem of blight in their specific urban context. According to Shlay and Whitman (2006), changing power dynamics is critical to dealing with the pattern of urban blight removal in the policy realm. They articulate the ways that a city-wide faith-based coalition and a university policy research center successfully collaborated with each other and the state to set the policy agenda around blight, resulting in the policy being broadened to include “money for neighborhood stabilization, acquisition, and improvements, not solely demolition as was originally proposed” (p. 153). This case study eloquently highlights the way that neighbourhood groups can play a pivotal role in understanding the policy needed to deal with the problem without leaving gaping holes, i.e. vacant lots, scattered around a neighbourhood.

Garvin et al. (2012) corroborate this sentiment by illustrating the connection in a public health context by arguing that “public health researchers, practitioners, and urban planners [should] engage local residents in the design and implementation of vacant land strategies” (412). Their interviews within the city of Philadelphia conclude that “[a]s cities seek to address the problem of vacant land and neighborhood blight without repeating the mistakes of the past, we recommend that public health officials, practitioners, and scientists actively partner with individuals, communities, and cities, to create and test new urban revitalization solutions that support health.” Again, from this context, the impetus to work with citizens is paramount to the outcome of health neighbourhoods.

Lastly, a case study that is characteristically similar to other deindustrialized rust belt cities and therefore potentially replicable in other contexts, is the urban agriculture movement on vacant land in Detroit. It is an example of citizens transforming vacant land by working with both policy makers and their neighbours to reactivate that space. With an expansive number of vacant properties in Detroit (estimated 30,000 acres), the community and city were admonished to “explore ways to encourage and support different forms of urban agriculture, individual plots, community gardens and the few larger-sized farms that may overcome formidable obstacles to assembling sizeable agricultural sites” (Mogk, et al. 2010, p. 1529). As there is “more than enough land to support farming activities for every resident, cooperative, and for-profit business” the problem has reached a scale where market incentives alone would not be able to solve this problem, and therefore, it necessitates cooperative, citizen-led solutions to use the land effectively. This policy solution is creative and not market-driven as it encourages the state to consider the land’s value to its citizens beyond simply being a tax generator.

These examples highlight the way citizens in certain affected neighbourhoods (meaning high concentration of vacant buildings) became central to the solution. Furthermore, it supports the idea that genuine citizen participation is a key element to effectively address the problem of blight with outcomes that promote revitalization in affected neighbourhoods. It is undeniable that the experience of blight does sometimes feel like this unseen infection in a neighbourhood, urging the sentiment to just get rid of it, rather than fix it and make it better. Over time, the more we just get rid of this “blight,” the more it leaves our cities with “missing teeth.” When we create policies that support tearing these buildings down, rather than proactively holding property owners accountable and/or creating incentives to incentivize reuse (meaning fixing them up and getting someone to live there again!), it leaves a ton of vacant lots, less residents, and generally a more ‘hollow’ feeling that stigmatizes a neighbourhood. I live in one of these neighbourhoods and look across the street at a vacant boarded up house every day … While I desperately want it to no longer be an eyesore in my neighbourhood, I also do not want this big, historic building to be torn down.

Part 2 will outline the case study in Windsor, Ontario, where 4 neighbourhood groups pushed for a Vacant Building Strategy to address the concentrated blight in their neighbourhoods. 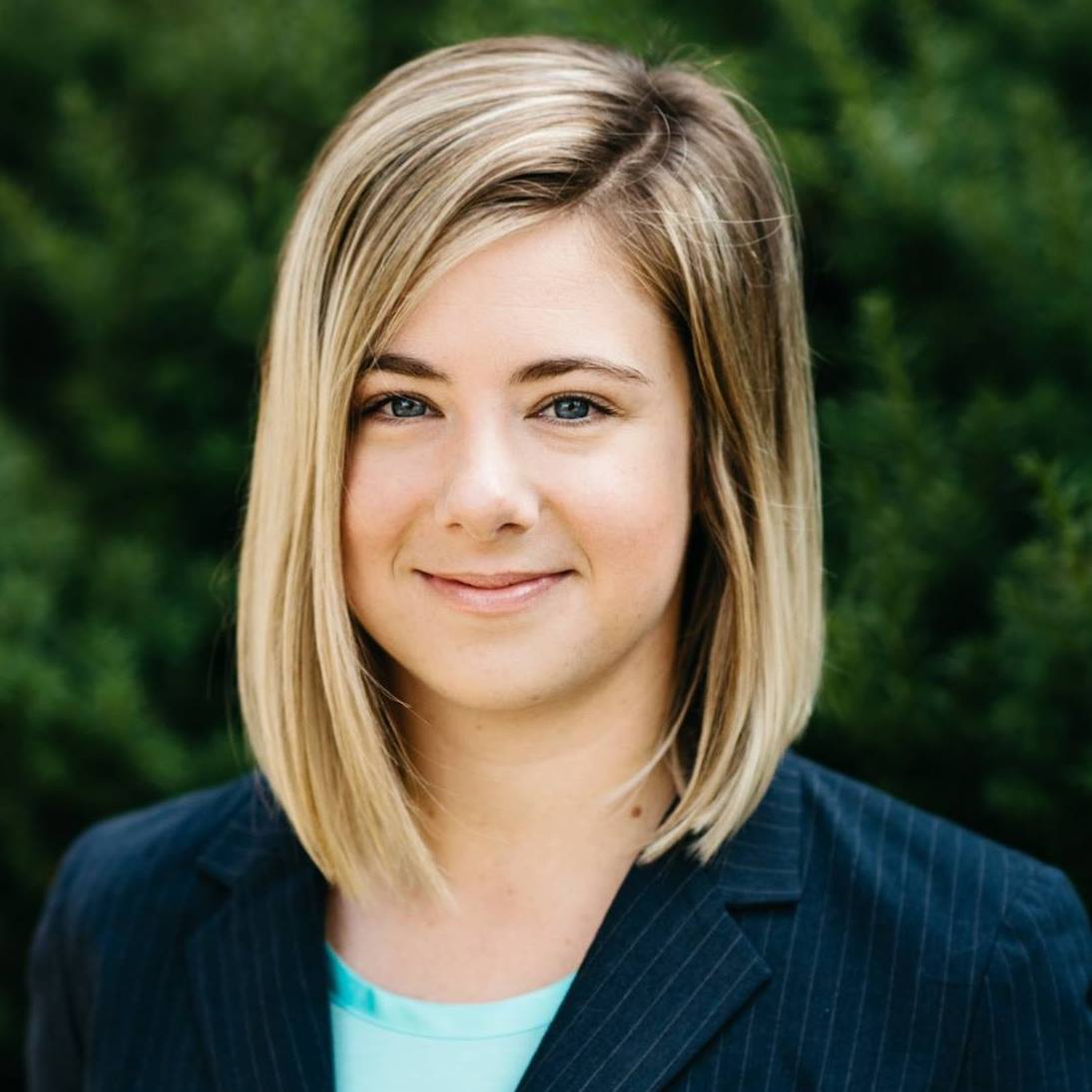