The story of Two Rivers, WI is pretty special, but it’s also similar in many ways to communities around the country.

Two Rivers is a beautiful place located right on the shore of Lake Michigan. It’s historically a fishing community, home of the Ice Cream Sundae, and became a factory town in 1880, when J.E. Hamilton founded the Hamilton Wood Type Company. Within 20 years Hamilton became the largest manufacturer of wood type in the United States.

Which  meant this small town was responsible for nearly all the printed words that appeared in newspapers, posters and advertising. As designers, our team was in heaven exploring the Hamilton Wood Type Museum.. Their massive collection of wood type and working print shop is a national treasure and a hidden gem that remains in Two Rivers today.

In the past, these large companies were fully vested in their town. They were locally owned, employed much of the town, and reinvested in their community. The town and the community were inseparable.

In today’s world, things are different. Around the country, many large employers have closed their doors and those that remain, are owned by out of town or foreign holding companies, with little to no connection or investment in their town.

Fast forward to today – the factory has closed. Some in the community believe they will never thrive until another large employer comes to town. The good news is, that when you look closely, you’ll see there are many in the community who are more optimistic. They are rolling up their sleeves and aren’t waiting around for an outsider to come in and bail them out. Instead, they are rediscovering that entrepreneurial spirit and reshaping the future of Two Rivers.

By far one of the most rewarding aspects of our work at CivicBrand is the individuals who we get to meet during the citizen engagement process. Their stories are their city’s stories and that is the story we are there to uncover and tell.

I want to tell you about one of those individuals – Emilee Rysticken, owner of Scream ‘N Conuts.

Two years ago when she was just 17 years old, she started an ice cream shop. Inspired by an idea she had on a trip, she returned home, got a loan, renovated an old building and started her business. She had many friends ask, “why would you start a business in a dying town?”. Yet, she had a vision. She saw how it could work and she sees not what her town was, or is, but what it can be.

Our cities need the youth. They are our greatest asset. They are smart, talented and creative, and unlike many of us who are older and a little more banged up from life, when they have a new idea, they don’t dwell on all the reasons it won’t work, and instead focus on why it will work.

We have to engage and encourage our youth, otherwise they will leave. In today’s world, it’s easy for smart, talented people to leave and it’s a lot harder to get them to stay. Communities spend a lot of time and effort on ways to attract talent, and instead should focus more on inspiring and retaining the talent they already have.

In Two Rivers, WI, their leadership is doing it the right way, which isn’t always the easy or popular way. They recognized the value of engagement and the value of their youth. The work and investment they are doing is for them. There will be naysayers who don’t get it and can only look in the rearview mirror. They will say it’s a lost cause, there’s no need to change and it’s not worth it. But don’t say that to all the smart and talented kids growing up in Two Rivers. This is their home and the future is in their hands. We can either encourage them or discourage them.

Is a branding project worth it? Is engagement worth it? You could easily argue that it won’t make a difference, but if it does nothing more than send a signal to a generation of those like Emilee, that the city is listening, that the city cares, and that the city is doing something, anything, to support them, then impact can be a game changer. In the case of Two Rivers, their history is important. Moving forward isn’t about forgetting their past, it’s about remaining true to their past while moving forward.

It only takes a couple Emilees to make a difference for an entire town. She’s fixed up an old building that’s now a bright pink beacon of optimism when you drive into downtown. People are coming from all over the region to visit her shop and are rediscovering Two Rivers. We need more Emillees. We don’t need more out of town chains, employers or factories.

We don’t need more experienced, cautious, calculated, over planned economic development efforts. Instead, we need more small, blind, optimism. We need that youthful creativity that isn’t afraid of failure. That’s how progress and innovation happens – a lot of small and creative attempts all trying, failing and trying again.

When we sit on the sidelines and talk about why it won’t work and how we shouldn’t do these things, all we are doing is creating a self fulfilling prophecy. If we do nothing and say it won’t work, then it won’t. Our youth and our talent will leave. Our communities will be forgotten. We’ll be able to say “see I told you so” without realizing we were the reason it failed. 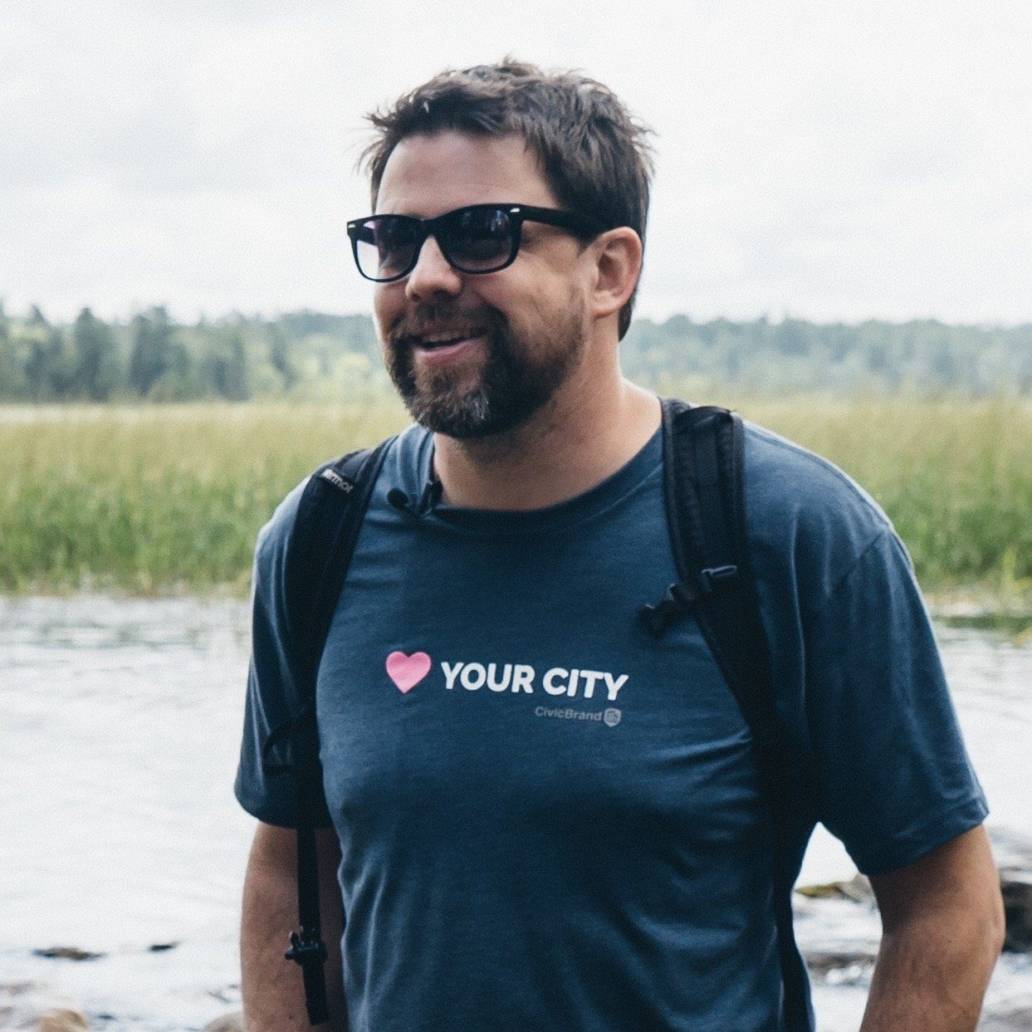 Ryan Short is the founder of CivicBrand an agency that focuses on community branding, public engagement, economic development and destination marketing.