For the last three years, my focus has been redeveloping a 130-year old bank building. Having been vacant for several years, the building was set to be demolished to make way for a drive-thru bank branch at the center of Downtown Bay City, Michigan. Many developers looked at the building and ran the numbers; it had been rumored impossible to save. The building was well kept, but a – some would say misguided – renovation in the 1960s added a midcentury modern panel facade to the upper three floors (covering up an 1890 Romanesque Revival facade), while the lower two levels were reengineered to have a more modern look. The economics didn’t work, and the cost of the project greatly outweighed what it would appraise for once completed.

Risky seems like an understatement, like allowing my kids to ride bikes on a major street without helmets. This redevelopment often felt like a house of cards where one wrong move would cause it to come crashing down. Last year we completed it: a $12 million adaptive reuse of the building at the center of my downtown. It was a heavy lift for everyone involved; an impossible task without support from the City of Bay City, Michigan Economic Development Corporation and Historic Tax Credits. Every stakeholder involved took the risk for the sake of saving our city’s character.

Did it change the face of our downtown? Yes.

Was it catalytic? Absolutely.

Did it single-handedly cause a renaissance in our community? Hell no.

While we are all incredibly proud of this project and its impact, it is just one of the many things that occurred over that same period of time. Not simply in terms of real estate development, but in citizens giving a damn and working to make our city a better place. When I listen to people talk about how Bay City is a great place to explore, they mention brand new festivals spearheaded by citizens, local restaurants, the boutiques and shops, string lights draped across streets, the riverfront, our indoor downtown market, a festival or concert they enjoyed, cute storefronts, historic tours and how convenient parking is. Okay, maybe not the last one, but now you’re paying attention. The point is: it’s never ONE thing. It’s the cumulative impact of ALL the little things adding up to shape an experience. Just start small, with one thing.

The 3rd Street Star Bridge was completed with a local crowdfunding effort spearheaded by local artist, Avram Golden. Murals were added and this street now has its own block parties, concerts, and Instagram account. Your “one thing” does not have to be a house of cards. Complexity and risk could limit the amount of other simple things you could have done with the same resources. When it comes to positive community change, you need momentum.

Start with one thing.

Shape your community…they are meant to reflect all of us.

Don’t get me wrong, there will always be risk. It’s just a matter of scaling that risk to a level you’re able and comfortable taking on. “Going in to rebuild a community are the kinds of things marines get sent to do.. and they fail. With all of the resources of the United States Government, they fail. Instead, ask yourself what’s the next smallest step to improve the neighborhood you can take and do that one thing; ask the same question again in 90 days and do that.” This was Ryan Terry’s advice to me last year on an Incremental Development Faculty webinar as I presented the goals for a neighborhood housing pilot program I’ve been working on. Ryan is a small-scale developer in Bryan, Texas, and his advice is always spot on. We have big goals. They can sometimes seem far too large to get your arms around. Especially if you don’t have the resources of the United States Marine Corp.

While it can be daunting at times, it does not have to be. By all means, do not be afraid to dream big – but start small. Small adds up. Eventually, the cumulative impact of those small actions will lead to major changes within a community. Much more than any catalytic project could have. You need to be the catalyst. A catalytic downtown redevelopment project is not a silver bullet – the one thing will solve all the problems. The simple act of starting and putting energy into small acts that are positive and productive will create necessary momentum.

The energy of little improvements adding up is how community progress is measured. When we talk about a sense of place, we are describing this cumulative robust experience we have there. Are there reasons to spend more time there, or to go back?

Unity Park in Bay City is a small privately-owned park on the site of a missing building that would host the occasional event until the owner and friends decided to install a shipping container that sells beer, tables, chairs, and winter igloos. It’s made enough to repay the owners for their investment and now proceeds support local nonprofits.

Ways to start improving your community:

When my husband visited Michigan for the first time from Miami, the thing that made the biggest impression on him was that someone thanked him for holding the door open for them as we walked into a downtown bank. That’s it. He was thanked for a simple act of kindness and he was blown away because that hadn’t happened in years for him living in Miami. Living here all these years later, he still appreciates how genuine and kind people in our community are, and knowing our kids will be raised to be kind and considerate because that is embedded in our culture making us proud to live here.

There’s no chance people would have believed in me to spearhead the redevelopment of a significant building in Miami, but in Bay City, Michigan colleagues said, “How can I help?” Outside developers will never use the same care as will a local. Our communities need to untangle the red tape, making it more approachable for locals to own the buildings in town, and to build wealth for themselves in doing so. For locals by locals should be our economic development model, not pitching our community to outside developers through 30 page requests for proposals. We all need to remember that citizens and small business owners are the faces of our communities more than any developer will ever be. The real experiences, the room for growth and change, are the small stuff we can easily improve upon. That energy and momentum will result in bigger things happening. It can also happen so much faster and better in a small town versus a big city.

Understand, it isn’t about how you start. It’s about why. You don’t have to go fast, you just have to go…and don’t be afraid to go small in order to go big. 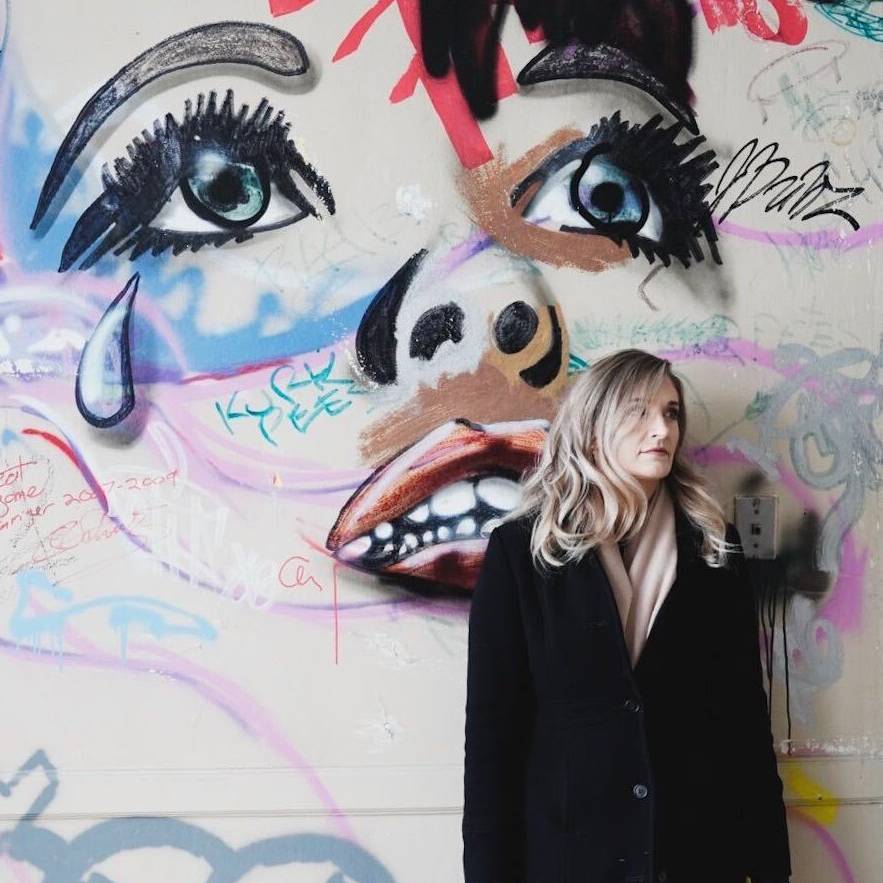 Jenifer Acosta is a Michigan based developer known for redeveloping historic buildings, her work in housing and fierce advocacy for grassroots economic development to build community wealth.