As someone who has spent their entire career in one sector of economic development or another, from industrial recruitment to downtown redevelopment, I’ve had the good fortune to see communities do some really astonishing things. Many have been outstanding, but many more have been awful.

Economic development is one of the most broad and misused terms that has been bent to mean a lot of different things over the years. At its core, economic development is (or should be) about building local wealth. But somewhere along the way it became bastardized to mean “business friendly at all costs” to many local leaders.

It’s in this vein of “business friendly at all costs” that communities began the very self-destructive behavior of setting aside the wants and needs of their community in lieu of what a developer or business wants. They bought in to a guilt trip– the false idea that if a community puts their needs or wants first, they’re not “business friendly.” The relationship between a community and a developer or business doesn’t have to be combative for both sides to benefit. A community merely needs to have determined the standards it deems important, and then– and this is the hard part– stick to them.

Preserving a community’s character is often used as a rallying cry for the NIMBY (Not in My Back Yard) crowd, but a community can improve itself without completely changing its character.

But why is character important? Simply put, character is a community’s uniqueness. Character is what makes your community what it is. The physical character of a community is a signal to potential residents and businesses about the kinds of people who live there and what they value. Before any marketing brochure, website, or ad campaign, the community’s character is its first and most important economic development message.

Let’s look at what I think are the biggest killers of character, and what your community can do to stop it.

I think it’s too general just to say “sprawl,” but strip malls are the epitome of sprawl. These cheaply-built, commercial-only properties feature eyesore parking in front of the building to allow “easy drive up access” to the commercial tenant inside. Strip malls are devoid of any design character, as their main goal is to provide a commercial space as economically as possible. Their contribution to sprawl is only overshadowed by their ability to ruin urban fabric if they are shoehorned into a downtown parcel. 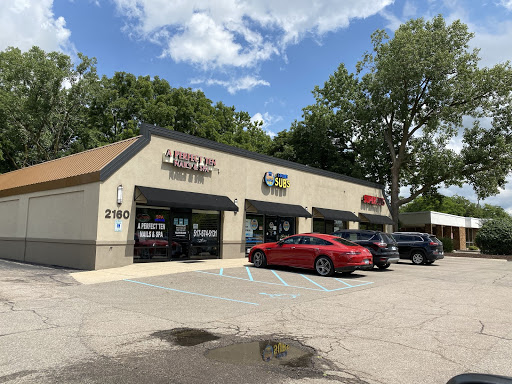 Outlawing single use properties in your business districts is a good first step. Not only is sprawl unattractive, it’s expensive to maintain infrastructure with limited income from a single use property. By diversifying a property’s income stream (commercial and office/residential) and increasing density, a community helps create a more profitable piece of real estate, both for the owner and for the unit of government. Design standards can also help address a lack of character. Material use and specific character-enhancing features can be required– when you’re willing to enforce those design standards you adopted. Most importantly, encourage the reuse of vacant or underused property to limit the amount of new infrastructure that will need long-term maintenance.

Communities that assume the only way people get around is by car are often bereft of character. By making everything as easy as possible for cars (no need to slow down/stop, car access prioritized, and above all, plentiful free parking) communities wasteland and create greater spaces between buildings, not to mention making it dangerous for anyone not in a car. This space is expensive to maintain and is often left as barren as possible to keep costs down. This lack of “stuff” also creates a lack of character. It makes one community look like everywhere else. 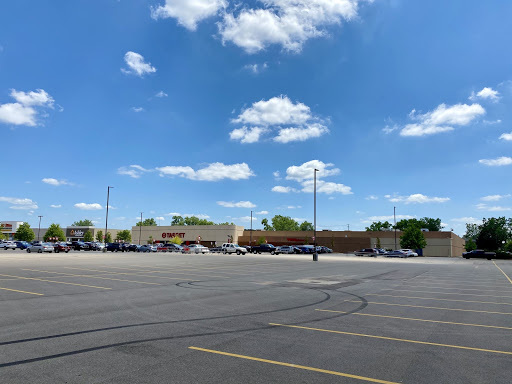 Fix It: Pedestrian and Multi-Modal Friendliness

Acknowledging and prioritizing pedestrians as well as accommodating alternative forms of transportation, including bicycles, helps generate character. How? When a community prioritizes pedestrians, or “people not in cars,” they make investments in the things that allow people to walk freely and safely. This means things you would expect (like wide sidewalks), but also other things like bump-outs that allow people to cross the street without feeling like they have to cross five lanes of traffic. People walking and biking are a sign of character– that a place is safe. There are two things people in cars don’t do often that’s important to communities: 1) people in cars don’t spend money, and 2) people in cars don’t deter crime. Cars try not to stop unless they have to. People, walking, stop all the time. They are closer to the community around them. They stop and make impulse purchases, partly because they don’t have to find a spot to park. They deter crime because people are going slower and more likely to notify authorities when they see something going wrong.

I’m not talking about confederate statues– those definitely need to come down. I’m talking about historic buildings–in particular, multi-story historic buildings that are demolished and replaced with low density, single-use commercial buildings, like strip malls, or even worse, parking lots. One of the things we have to realize about historic buildings is they are impossible to replace. One, because of the history that actually took place there. But in an even more real sense, because they were built with such quality and detail, replacing them (and their construction methods) costs too much to do it with the same quality. Why? Well, a few decades ago there was a fundamental shift in real estate investing. It used to be the normal return on investment (or how much and how fast an investor could get their money back, plus interest) would hit the sweet spot at some point between 20-30 years. This has been shortened over time to the now industry-standard of only seven years. This shortening of the investment cycle put dramatic pressure to produce much cheaper buildings and raise rents, so that the amount of income needed to satisfy investors was able to shrink to the current seven years. The result is often lower quality properties with life spans of 30-40 years instead of 100+ years as we see with historic buildings. Furthermore, the architectural design and attention to detail apparent in quality, historic buildings adds a significant amount of uniqueness, and thereby character to the communities they’re in.

Typically, when people hear historic preservation they get some bad stereotype in their head of a group of little old ladies who want to tell everyone what color they can paint their house, or something equally off-putting. But historic preservation is an effective economic development tool that can help prospective building owners get financing for the appropriate care and redevelopment of a property. There are several financial incentives to do these types of projects, namely the federal Historic Tax Credit which offers up to 20% tax credit for eligible expenses. Numerous states have the ability to tack on an additional 25% state tax credit which helps preserve these buildings and can prepare them for the next 100 years. Preserving these buildings and their character gives a community a more authentic personality.

The idea around a national chain retailer or restaurant is to provide the customer with a consistent and dependable shopping/dining experience. From store layout to product to service, these businesses insist on sameness between their stores. This also is reflected in their architecture– if they can build as they want. This sameness kills a community’s character. If every business is designed to look and act like the rest of the businesses, there become fewer differences between the communities in which they are located. 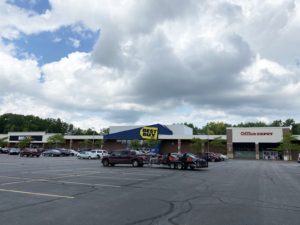 This is tough, as so many local governments seek out national chains either for local sales tax revenue or for ego. But helping create and expand local small businesses adds character and uniqueness to your community, and it builds local wealth. These locally-owned businesses vary in experience, product, and design. Owners who are present also tend to be more responsive to their customers’ needs. In addition, helping local residents capture money that might normally leave the community through purchases at chains builds the local economy. Instead of sending profits off to Bentonville, Arkansas (Walmart) or Minneapolis, Minnesota (Target, Best Buy) those profits stay local, with the locals who own them. In turn, those owners help support other local businesses, either through services or possibly even through direct purchasing of products.

Megablock projects are almost like the supervillains of community character. They take almost all of the killers above and wrap it into one project. If you’re not familiar with the term “megablock,” these are projects that, on the surface, seem like good ideas: multi-story, mixed-use, usually in a downtown. The problem comes in implementation. The reason they’re called “megablock” is because they often take up an entire city block and are far taller than the other buildings in a community. To do this often means demolishing a historic building (or buildings) in the name of density. In addition, these mammoth projects create new commercial spaces that often sit empty, as their lease rates are only affordable for national chains. Furthermore, the large-scale nature makes them extremely expensive, and developers tend to skimp on the exteriors as much as possible. The result is a block of blah character with a national chain anchor. As these projects progress, and as developers see what they can get away with, more and more spring up and start to kill massive swaths of a downtown’s character.

To be clear, this is not a post about being against growth, but rather to encourage management of growth in such a way that helps a community keep its character without being overrun by sameness. One of the best ways to manage growth, and do it in a collaborative way with the community in mind, is through incremental development. The philosophy of incremental development is not big swing projects like megablocks, but rather a building-by-building approach, as our communities were originally built. If a community has an entire block they want to redevelop, they should look at their historic assets and see how those can be best utilized. After that, prioritize specific sites for redevelopment and the addition of density. Then lastly, look to the community for local developers and assist them in creating new, quality buildings that offer differences in appearance and target audiences. Creating blocks made of individual buildings allows for small mistakes instead of large ones, and allows the market to absorb new housing and commercial space at a rate that will aid in its success.

I’m sure there’s more and I’d love to hear what you think are the biggest killers of your community’s character. Let me know in the comments section below.

Real estate deals can be a lot like relationships. Being that it’s love month here at Proud Places, it is my privilege to give you advice as your matchmaker. Like any relationship, knowing where you stand and what you...