The Place de la Concorde in Paris is around 19 acres in size. It has a stone obelisk in its center that is over 3000 years old. It was a gift from the Egyptians to France in the 19th century and weighs 220 tons. The square has two beautiful fountains commemorating commerce and at the four far ends of its two main axes stand a royal palace, the Louvre, Napoleon’s triumphal arch and the church of La Madeleine. Truly iconic. And one of the most inaccessible public spaces in the “City Of Light”.

To cross from the corner where the Champs Elysees meets the square to the obelisk where Instagram-worthy selfies are taken, proceeding to the Jardin des Tuileries where some delicious ice cream is served from a cart and walking up to the Great Round Fountain to sit in bistro chairs in front of the water, is almost a one mile walk. The selfies, the ice cream and the fountain make one of the most romantic -yet cliched- dates in history. Risking your life through eight lanes of traffic, gigantic tour buses and disgruntled drivers is rarely told as part of it.

But it is. In too many areas of Paris, actually. Just try to cross the scores of traffic lanes on L’Etoile to make it to the Arch. Gruesome. Until a few months back that is. Mayor Anne Hidalgo became a household name among urbanists after she decided to make Paris a more human city by shunning cars, like the stellar pedestrianization of the entire Seine embankment, and boosting bikes and public transit as solutions for mobility within the city.

To achieve that, mayor Hidalgo is trying to promote what she calls the “Fifteen minute-city”. In this hardly novel but worth-the-revamp concept, all basic daily needs should be located no farther than fifteen minutes by foot. This means a person can easily walk to a market, doctor, church, school, park or drugstore.

Most cities used to work like that, organized around neighborhoods or parishes. The world’s greatest cities are collections of smaller villages with their own character, an identifiable center and identity-boosting landmarks. New York, Tokyo and Mexico City, for example. Neighborhood character in Italian cities like Florence and Sienna have given the world some interesting rivalries and fierce, violent competitions such as the football-like Calcio Storico and the horse races known as the Palio. Buenos Aires naturally followed suit and their football teams manifest pride from neighborhoods like La Boca, Almagro or Avellaneda. And, of course, Paris and its Arondissements arranged as a golden ratio.

Paris is also known as the City of Love. Countless films, poems and songs have been dedicated to the idea of Paris as the perfect background for finding true love. One of the most popular destinations for lovers was the Pont Des Arts where they would contribute to its potential collapse by securing a padlock to the railing, as a not very original token of their love. I use the past tense because all the locks have been taken to safeguard the integrity of the bridge. 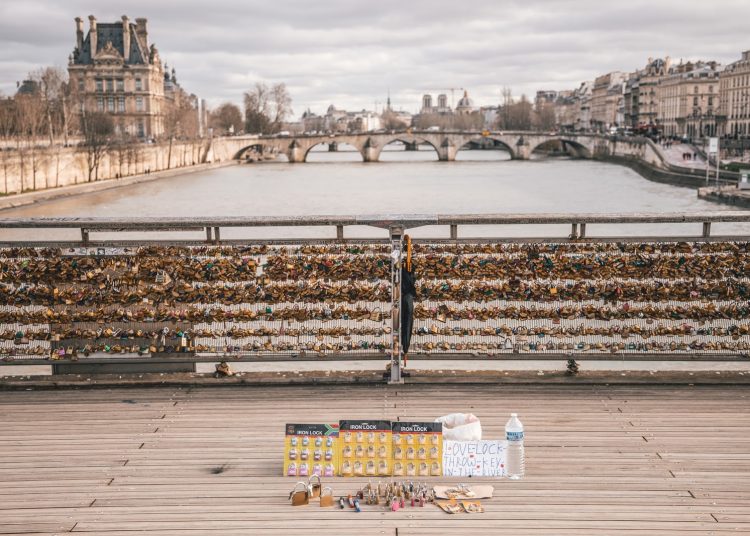 Having almost been run over twice in the streets of Paris hardly makes for a romantic memory. The sugary crepes one finds after the near death experience do, though. Walking down vast public spaces like the Trocadero, Champ de Mars or Esplanade des Invalides it seems like they will never end and one will never reach the desired place. Luckily the ham and butter sandwiches in fresh bread are everywhere so getting lost still doesn’t put you very far from one.

The width of streets and the expanse of squares were designed to keep people from barricading. The memory of Bastille Day prompted then mayor of Paris’ region, George Eugene baron of Haussmann, to carry on Napoleon III’s wish of levelling the medieval streets and creating the grandest city of them all: safe, with sanitary and running water systems and beautiful beyond compare. The designs called for wide tree-lined boulevards meeting at roundabouts and creating some of the most iconic public spaces in the history of city making.

Haussmann’s “great works” took a few years but transformed Paris into a modern, bustling metropolis while producing some technological and design innovations that were breakthroughs from the previous ways. He transformed Paris, we can argue, into the “city of love” -cue in “Sous le ciel de Paris” by Yves Montand”.

Love, however, is rarely found in vast expanses like Concorde where the nearest human is beyond the 100 meters that Jan Gehl identifies as the largest a good public space should be. Cupid is more likely to strike in the Pont des Arts, in a cafe at St. Germain des Pres with its small, crooked, cobblestone streets or at the Place Dauphine.

Does Paris know something we don’t?

The thing with love being more easily found in places where the scale, enclosure, wonder and intimacy is just right is that for a person to be open to find it, they must be relaxed, calm and happy. Thanks to recent research, we can know the characteristics of urban places that make us happy by promoting the flow of neurotransmitters such as oxytocin (the “love” hormone) and dopamine (the “feel good” hormone). Paris is full of such small, intimate, beautiful places. Cities that inspire people to fall in love are good cities to be in, whether Cupid finds you or not.

For the sake of discussing what it is we like about places like Paris and just so we stand a better chance of demanding such qualities in our local public spaces, I will discuss the four elements I mentioned above: scale, wonder, intimacy and enclosure.

Scale doesn’t merely mean the size of a public space. Let’s go back to the Pont des Arts, not collapsing anymore after sadly losing all the padlocks that so many couples relied on. Standing on the middle of the bridge, the nearest buildings are 400 feet away and from that vantage point it was possible to see the spire of the Cathedral of Notre Dame.

There are few visible boundaries enclosing a couple standing on the bridge but the entire place seems made for them. It feels cozy and comfortable because there is more to scale than mere size. The perception and idea of a place, the legend that surrounds it and the promise that it offers make the scale as intimate as possible. There would seem to be no one around and that each new padlock is the only one fixed to the bridge’s railing.

Wonder, surprise and discovery are ever present in Paris, as in all cities we love. There is much to see from our little spot on the bridge. The Louvre on the North side, the Academy of Fine Arts to the South and the gardens, Place Dauphine and Notre Dame upriver. Each a new space to explore and appropriate, a new adventure to be had because that is what Paris stands for.

Although intimacy is not that easy to find among the crowds on a bridge on top of the Seine, it is within reach, half hidden behind a tree, right in front, on the Square du Vert-Galant, or through a passageway into an inner courtyard or around one of the many corners on the Louvre or the Academy embankment.

When we try to find the distinct elements that repeat in most great public spaces that we characterize as “intimate”, we usually find a cozy place to sit, some degree of privacy but with a spatial organization that allows broad interaction with the rest of the space.

The Pont des Arts itself might not be the most romantic place within those criteria, but love is found in countless little squares, covered commercial streets, arcades, courtyards and cafes that balance the enormity of major spaces. We can always go back to the bridge to hang a lock.

The beautiful public spaces of Paris are designed in such a way that it invites interaction, with just enough familiarity and safety. Each one of those characteristics make Paris a fabulous, attractive city with beautiful, human public spaces. Walking along its tree-lined boulevards is a delight and on their corners and gardens we find the most revered spaces for lovers. But Berlin, Lisbon and Taipei also have trees and balance scale, intimacy and discovery.

The quality that makes Paris unforgettable, however, is the quality of the intimate spaces that surround us at any given place and on any given moment of the day. This is what is known as the “enclosure” and is the sum of the building facades, the golden color of the limestone, the smell and shades of the trees and the bustle of people sitting on tiny chairs facing the street in the many cafes. The careful design, the playfulness, the colors’ embrace, nurture and protect the user and enhance the experience. 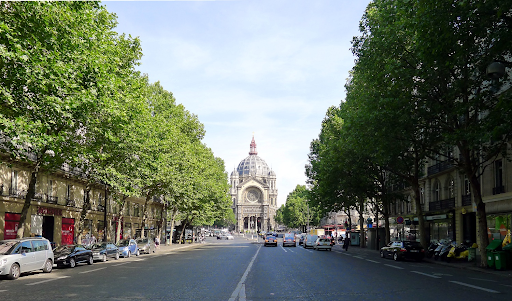 A perfect, designed balance of elements that appeal to each of the senses, that contains and protects the user are unique about the “city of love”. They create the conditions for many small but meaningful interactions in public space. They motivate people to take care of those places and of themselves to fit in better with the beautiful surroundings. They increase the flow of serotonin and oxytocin and, in the end, make people happier. 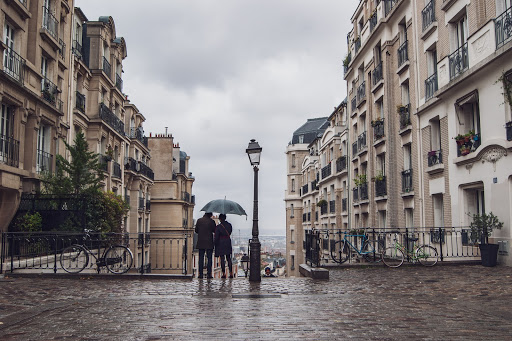 Deep within the grandiosity, well beyond the beauty and much in line with places that feel familiar, Paris is for lovers because it is a gigantic collection of small, intimate, cozy spaces that create sweet, unforgettable memories.

We all need to love our cities more, hopefully as much as we love beautiful, faraway ones like Paris or Amsterdam. We can start by exploring to find small places that make us happy, and make them the center of how we experience our towns. 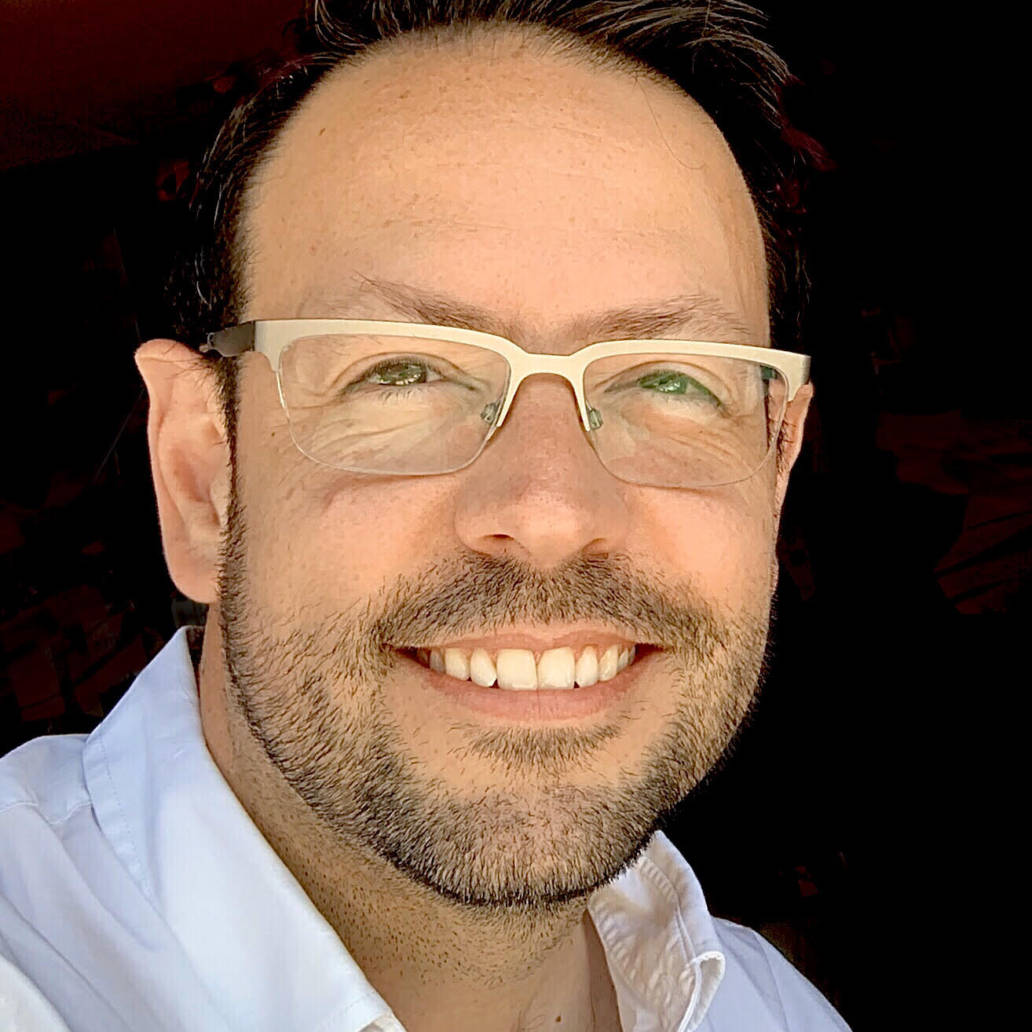